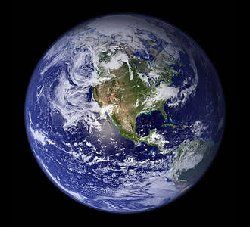 The major environmental disasters in the first half of 2011 have raised the oft asked question – Is global warming responsible? DAMZ62S6U4RM
But how does the occurrence of a natural disaster, that has happened in the past as well, make a difference? Should it not be - just a normal event? And so no significance be attached with reference to global warming and climate change?
What is important to ask here is how much buffer (additional resources) do we have to accommodate such disasters?
Environmental disasters are a drain on economy
This is quite evident as we all know that earthquakes, tsunamis, tornadoes, floods and forest fires not only destroy vital natural resources but also displace huge populations, cause destruction to life and property. In short, they just put the clock back by a few years (or more, depending on the severity of the disaster).
Floods that destroy crops and agricultural land lead to rise in food prices, thus putting a burden on general public. This has been evident by the floods in Australia and China. In Australia, much more damage was inflicted on the country's coal mining industry. In China, extreme drought and floods are being witnessed at the same time. In all such cases, there is a national loss.
Environmental disasters push up carbon emissions
As economy is pushed back, the efforts to pull it back to normalcy are even more intense. Faster economic development has a direct relationship to carbon emissions. More energy is consumed in the process of rehabilitating affected people, reconstructing cities and towns and restoration activities. This only spikes emissions.
Forest fires in Russia, last year, have led to a direct rise in emissions. The loss of forests in such fires is a double loss - reduction in natural carbon sinks and a simultaneous spike in emissions.
Unprecedented burden on earth's resources
The huge plumes of ash and debris flung into the atmosphere by volcanoes in Chile, this year and in Iceland, last year, are adding to pollution. In the course, they also hamper normal life. The ash that settles over land mass increases toxicity.
These could have been 'normal' events had there been sufficient buffer to absorb these negative impacts. Unfortunately, this does not seem to be so.
According to a research by Global Footprint Network, in 2010, we consumed the annual ecological budget within nine months (by 21st August 2010). This not only includes emissions but also food and raw materials used in manufacturing - everything nature can offer.
According to IEA, energy-related carbon-dioxide (CO2) emissions in 2010 were the highest in history. In terms of fuels, 44% of the estimated CO2 emissions in 2010 came from coal, 36% from oil, and 20% from natural gas.
The challenge to maintain or improve quality of life without increasing emissions is far greater than ever before. This means that we have to limit the rise in carbon emissions less in total than we did between 2009 and 2010.
According to NASA, 2010 was the warmest year on record. The research at Goddard Institute for Space Studies (GISS), found that 2010 was approximately 1.34 F warmer than the average global surface temperature from 1951 to 1980. It is also predicted that if the warming trend continues, the 2010 record would not stand out for long.
Scientists might be able to link some of these events to global warming phenomena or relate it to some human activity, but what remains to be looked into is that we are running short of ‘comfort space’ when it comes to atmospheric carbon emissions.
Impact on Climate Negotiations
The capacity to absorb the negative effects of these events varies from nation to nation. Developing and poor nations are the worst hit. Such events push economic progress made in the affected regions. Economic development puts a strain on natural resources. This is corroborated by the several such events.
Japan’s tsunami may not have a direct link to global warming but it has led to a severe nuclear fallout pushing Japan to look at safer energy alternatives.
Japan may put more pressure on fossil fuels thereby escalating global carbon emissions which have already reached its zenith.
In order to tackle such disasters, some countries would require international financial aid, without which resurrecting their affected communities might not be possible at all.
This would also impact the global climate negotiations as countries would first seek to address recovery issues rather than work around something which they feel would be somewhat futuristic (a misplaced notion that unfortunately plays a crucial role in determining political priorities).
These events shift national priorities and governments get more inclined towards meeting populist and emergent issues. After all who would like to talk of emissions reduction when they have lost their homes and livelihoods?
So, environmental disasters may or may not have a direct linkage to global warming or climate change. But, we need to take a look at such events the other way round.
Instead of asking the most common question – Have these events been caused by climate change? We must ask – “what impact can these events have on the ecological footprint?”.
Let’s not forget that this is a two-way street and nothing under the sun can be ignored !
To contact the author, please write to editor@thinktosustain.com