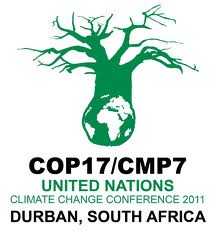 Global warming has emerged as the single largest threat to mankind. The twin-complexities associated with this phenomena, first – in understanding the multiple cascading effects on the global climate system, termed as ‘climate change’ and second – in developing an appropriate global response strategy, for ‘mitigation’ and ‘adaptation’, seem to have overthrown the scientific community into perpetual debate and widened the divide between the rich and poor nations.
Skepticism over veracity of climate change phenomena and the political inertia of developed countries have hindered progress and have started threatening the basic negotiation framework developed over years of deliberation.
Kyoto Protocol - the only widely agreed formal understanding ratified by 193 parties- that ends in 2012, is less likely to see an extended era given the fact that Russia, Japan and Canada have already clarified their negative stand on any such move.
What is of concern is that some developed countries have been carefully propagating an agenda that skillfully obfuscates them from their historical responsibilities, downplays their future commitments and tries to strengthen a case for a so called ‘better’ arrangement by subverting Kyoto. This ploy aims to impose mandatory emission cuts on developing nations which would be detrimental to growth.
The excuse? Developing nations, though a party to Kyoto Protocol, are not subjected to mandatory emission reduction targets like the rich nations and are being seen as ‘free riders’ not doing their bit to save the world of an impending climate disaster.
Some of these are emerging economies have demonstrated high growth rates of over 8-10%. Their markets have assumed sizes that are threatening the traditional competitive advantage enjoyed by the rich nations.
The rationale forwarded by the developed nations (especially the United States, that has not yet ratified Kyoto Protocol) is that emission reductions impose a cost on pollution and thereby increase the prices of goods and services. This makes it difficult for their manufacturers to compete in global markets. So why only the developed nations must take emission cuts when emerging economies like India and China have also grown up and developed?
It’s been time that the US has been spearheading this drive by pressing emerging economies like China and India to commit themselves to some measure in the global emissions reduction program. It’s a fact that China has overtaken US in terms of carbon emissions and India too has climbed up the ladder. However, the per-capita emissions of developing nations are very low as compared to those of US and other developed nations.
The ‘free-rider’ argument does not hold much water as it was presumed during the formulation of Kyoto Protocol that once economic growth picks up momentum in developing nations, carbon emissions would spike. And that the developed nations need to transfer low-carbon technology to enable these economies grow sustainably- essential to create better living standards for populations where a sizeable majority is barely able to manage daily sustenance.
Some analysts look at this problem from an ethical perspective. Poor nations cannot be put to face twin challenges of tackling environmental and economic consequences of climate change simultaneously. Developed nations have an ethical responsibility to reduce their consumption and provide technological and financial support to the poor nations. However, the green climate fund, a celebrated outcome of Cancun negotiations, is yet to see ‘new money’ flowing into it leading to apprehensions that existing aid funds would be repackaged as ‘climate fund’.


But would a climate fund be sufficient to avert a 2 degree rise in global temperatures?
Absolutely not. There is an alarming trend in global carbon emissions. According to IEA, energy-related carbon-dioxide (CO2) emissions in 2010 were the highest in history. In terms of fuels, 44% of the estimated CO2 emissions in 2010 came from coal, 36% from oil, and 20% from natural gas. The challenge to maintain or improve quality of life without increasing emissions is far greater than ever before. This means that we have to limit the rise in carbon emissions less in total than we did between 2009 and 2010.
According to NASA, 2010 was the warmest year on record. The research at Goddard Institute for Space Studies (GISS), found that 2010 was approximately 1.34 F warmer than the average global surface temperature from 1951 to 1980. It is also predicted that if the warming trend continues, the 2010 record would not stand out for long. This indicates that stringent emission reductions are mandatory and the developed world cannot play truant by showcasing an ambitious climate fund and trading it for a license to pollute.
With economic recession, a symptom of an over-consumption mania, looming large in the backdrop, developed nations would look forward to convert Kyoto into an 'empty shell'.
The Durban talks would be fight for the ‘right to grow’. The biggest challenge for UNFCCC leadership would be to keep the members focused on pressing issues and prevent high-jacking of agenda by recalcitrant members.
Both - mandatory emission reduction and green climate fund - are required to tackle the problem of climate change.


The author is Vice President (Sustainable Strategy) at ThinktoSustain and can be reached at rajan@thinktosustain.com.
Posted by Think-Blogger at 18:06