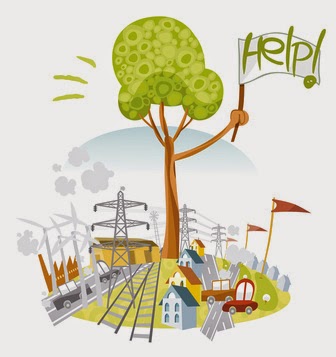 Despite the much talked about corporate sustainability reporting becoming a popular reporting mechanism to reduce environmental footprint across leading companies, a recent study finds that 51 of the top 100 companies surveyed emit unsustainable levels of carbon emissions.

This shows that What the company reports as  leading to 'sustainability performance' does not lead to sustainability in real terms! In other words, the quantum of carbon emissions reduced by the company are not commensurate with the overall carbon footprint of its entire business operations. And why this matters most is because 40% of the largest economic entities in the world are corporations!

Interestingly, it has been observed that such companies have fairly impeccable sustainability credentials. In light of such findings, it can be inferred that there is many a slip between the cup and the lip! Loopholes exist which add to the advantage of these big corporations that even reporting practices can be tweaked to misrepresent the efforts put towards improving sustainability performance. Such instances do invoke the need to make reporting mandatory for big corporations.

The EU has taken a bold step in this direction as it seeks to force large companies with 500 or more employees to disclose relevant but concise information pertaining to environmental and social performance. This move brings about 6000 EU companies under lens. But this may not be making 'real sense' unless the efforts put in by the corporate are based on scientific logic.

First, it is time for governments to move beyond disclosure and transparency and encourage businesses to extend their sustainability initiatives to incorporate Scope III emissions. Many companies are responsible for significant levels of Scope III carbon emissions which occur outside their premises. The carbon emissions usually reported take into account only the Scope I and Scope II carbon emissions, which are mostly very low or insignificant when compared to carbon footprint due to Scope III emissions. Such emissions are rarely measured and reported mainly due to lack of scientific measures and difficulties in gathering and analyzing data. This also leads to incremental steps taken by corporate which contribute very little to the climate change mitigation strategies.

Second, policy makers also need to assess the sustainability initiatives more rigorously. Businesses must be encouraged to declare time bound action plans to cut down carbon emissions. Also 'sustainability performance' of corporate needs to be assessed more scientifically rather than through populist proclamations or year-on-year comparisons of targets achieved. Policy makers need to take the initiative to bridge the gap between climate-science determined and business determined measures.

If such actions are not taken, most of the corporate effort is likely to miss out on the real action needed to make meaningful contribution towards corporate sustainability. A policy shift from 'report or explain' to 'report or perish' is becoming a necessity. Otherwise, it is going to hurt business eventually.

G V P Rajan is Vice President (Sustainable Strategies) at ThinktoSustain.com and can be reached at rajan@thinktosustain.com.